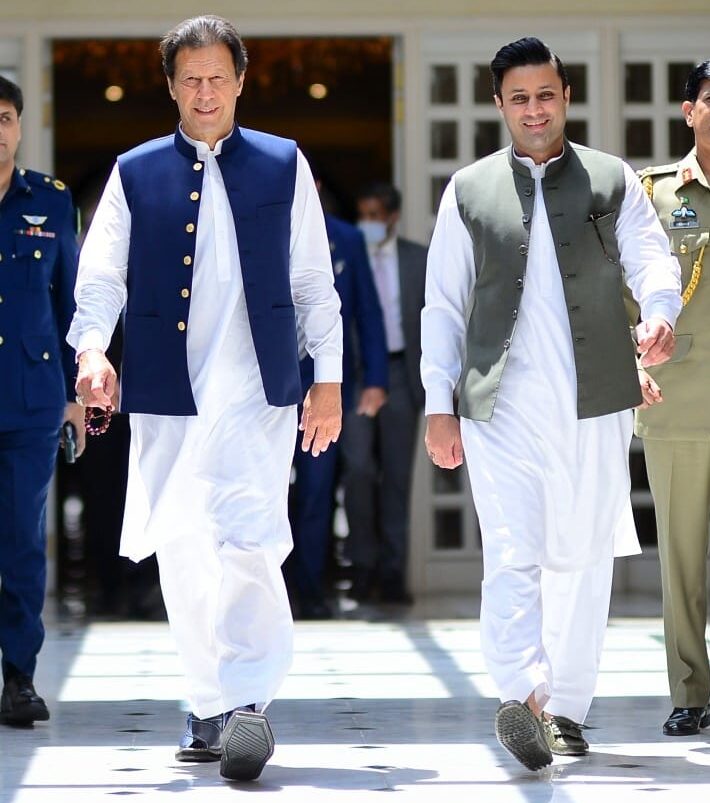 Tasked with rebuilding the international image of Pakistan, through tourism and overseas outreach, Sayed Zulfiqar Bukhari is upholding the challenge, and making a statement while doing so.

The British born Pakistani businessman, known for his debonair persona, commitment to philanthropy and building stronger networks of Pakistanis in many countries, is currently serving as the Special Assistant to Prime Minister Imran Khan, on Overseas Pakistanis and Human Resource Development, in the capacity of a Minister of State in Cabinet.

Bukhari has made quite an impact, by leading one of the largest repatriation operations during the global pandemic for Overseas Pakistanis apart from facilitating the Pakistani diaspora and increasing employment opportunities for Pakistanis in other countries. During his term in office he has successfully exported 1 Million Pakistani human resource to other countries and still going strong despite Covid 19 and a global economic downturn. With more than 450,000 Overseas Pakistani repatriations carried out by Bukhari and his team in Covid19, Pakistan played a pivotal role in leading by example for the rest of the world. Bukhari goes on to say, “Compared to other countries Pakistan’s economic revival in Covid has been among the best, we managed to keep businesses open for a large period of time.”

How has the pandemic impacted Travel & Tourism in Pakistan?

“It mainly impacted inward travel because flights from all over the world had to halt. We were quick to start PCR testing policy at our airports; initially we limited the passenger influx to 5,000 per week with thorough screening, then increased it to 14,000. We managed to have one of the best systems in the world in terms of inbound air traffic; however, since tourism was closed at that time and hotels and resorts were the last to open up there was lesser activity than usual. Even now with the surge of second wave we are trying to keep everything open with SOPs, in fact our SOPs for the hospitality industry have been adopted by many other countries as well,” said Bukhari on how his team is taking on the second wave of the virus.

Will Pakistan recover during these unprecedented times?

Bukhari: Absolutely, in fact Pakistan has already recovered. We came out of the pandemic with our Prime Minister (Imran Khan) giving major relief and incentives to many sectors. The PM announced a construction package and one for our export industry that uplifted both our construction and exports. In fact, Pakistan never really shut down like other countries. Pakistan enforced smart lockdowns, which didn’t disable our economy entirely; hence WHO recognised us for having one of the best responses to the pandemic by maintaining a balance between life and livelihood.

What is one lesson you have learnt from Prime Minister Imran Khan?

As a businessman, what are a couple of takeaways that have aided in your transition into office?

Bukhari: Being goal oriented, having experience in corporate administration and having the ability to work long hours.

In terms of human resource, since I was from a multi-business office and had experience of doing diverse businesses through most of my life, dealing with people from different backgrounds and managing various departments wasn’t too difficult.

Bukhari: In terms of our government, women are playing a pivotal role. If you look at Pakistan of recent times, our nation has become very aware of women rights. Since our government has come to power, some of the most landmark legislations have been for women – their rights and protection. One of our flagship projects is our Poverty Alleviation Programme, which is being run by Dr. Sania Nishtar who’s running it with great compassion at heart. Our ministry of Human Rights is headed by Shireen Mazari, and there are some great examples in the private sector where women are setting examples of achieving not only theirs but basic rights for others as well.

Bukhari: Credit goes to our PM for becoming a champion of women representation in the most important sectors, and he is looking at it beyond just the present. A cause very close to his heart is girls’ education so we can have a multiplier effect on our nation building.

How crucial are women to the peace, prosperity, and advancement of Pakistan?

Was the “Aurat March” effective in its outreach and message? If not, what do you feel it was an effective way for women to partake in expressing their basic human rights?

Bukhari: Not to my knowledge. With the means one has today, there are a lot better ways to voice your opinion.

What in your opinion does the future for women look like Pakistan?

Bukhari: While there’s always room for improvement, in Pakistan women have historically held positions that even the most progressive western nations are yet to achieve. As the time is going by, women education is also improving that gives them a better foothold in society.

Being raised in the UK originally, how can fellow politicians encourage young British Pakistani youth to be proud of their heritage and support their Pakistani communities?  Additionally, what can young American Pakistani’s generation do to support the efforts above?

Bukhari: Overseas Pakistanis take great pride and ownership of their country, the more you give them something to be proud of, more they want to be involved. In this current setup and regime we’re seeing great interest from Pakistanis from all over the world. The reason is they want to be part of the system under leadership of PM Imran Khan, which brings respect and integrity to our people worldwide. It’s important they play a role for their local communities as well, more often than not Pakistani communities fall into the slightly more vulnerable part of the society as many sections are from lower socio-economic classes. They need to keep supporting them. Moreover with rising Islamophobia it is more important for them to act as ambassadors of their country of origin.

For the youth from US, since they are further away from Pakistan historically we haven’t had enough linkages. Since I’ve been in this office I’ve tried to address this issue so they could also start developing linkages and connecting back to Pakistan.

If I were an expatriate what city in Pakistan should I visit first and why?

Bukhari: I’d ask you to land in Islamabad but definitely travel north, with so much diversity here from mountains to deserts and from Sufi shrines to Sikh heritage sites, there’s everything for everybody here.

What is a perfect Pakistan to you?

Bukhari: A Pakistan of awareness and with the ability to choose between what benefits it and what hurts it, especially while choosing leadership.

Being young, successful and patriotic, how would you encourage the youth to follow your footsteps in politics?

Bukhari: Politics shouldn’t be your only profession. In Pakistan many times politics is the only profession, which leaves people desperate. Also choosing the right mentor is vital, I was fortunate enough that my mentor was PM Imran Khan. Even his sworn enemies vouch for his integrity and honesty. It’s an ethos that gets you through tough times and in politics you always have tough times, so you need to know that whatever stance you’re taking needs to be based on justice – everything else automatically falls into place.

In one word, describe the current state of Pakistan under Prime Minister Imran Khan.