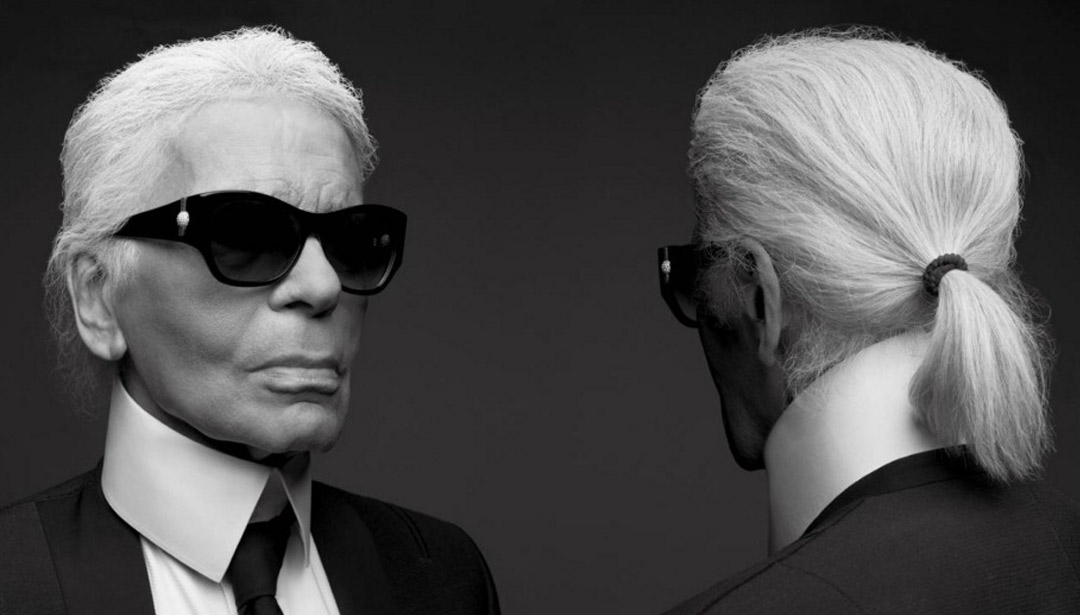 He redefined Chanel. He created Fendi’s ready-to-wear. A master designer, an artist in every sense of the word, and a genius couturier. Karl Lagerfeld was a pioneer in the fashion industry, shifting it to what we know now. Born in 1938 in Hamburg, Germany, Lagerfeld was the son of a wealthy businessman. He began is education at St Anne’s school, before moving to France, but completed his education at Lycée Montaigne with a focus in drawing and history. In 1954, he won first prize in a contest by the Secrétariat International de la Laine (International Wool Association) for his coat design. The coat was later produced by Pierre Balmain in 1955, where at 17, offered Lagerfeld a job as an assistant.

In 1957, he became fashion designer Jean Patou’s artistic director. He later decided to become a freelance designer, and worked for Chloe, Fendi, and Valentino among other fashion houses. In 1983, he produced his first couture collection with Chanel, as house director, reviving the line like never before. Lagerfeld told The New York Times, “Everybody said, ‘Don’t touch it, it’s dead, it will never come back.’ But by then I thought it was a challenge.” Coco Chanel’s original concept was focusing less on individual clothing items and focusing more on the “total look”; how the items are pieced together with accessories, and how they are worn. He ran with it, and transformed Chanel into a modern line, with its original classic pieces, like items of the house’s bouclé tweed, pearls, two-toned footwear and interlocking C’s, paying homage to Coco of course. Lagerfeld continued to design for Fendi and Chanel until the end of his career, while leading his own fashion house, KARL LAGERFELD, which he founded in 1984.

Lagerfeld was also a passionate photographer and filmmaker. From 1987, onward, he photographed most of Chanel’s big campaigns and advertisements. He became a renowned photographer, so much so, that many of his images were published into art books. He illustrated Hans Christian Anderson’s The Emperor’s New Clothes in 1992. Lagerfeld created costumes for La Scala in Milan, the Italian opera House, and the Monte Carlo Ballet.

Lagerfeld led on to reimagine fashion shows in the mot surreal ways. From indoor beaches, to creating a runway of the Great Wall of China and posting a rocket at the center of the Grand Palais, nothing could halt his imagination and artistic talent. Oh, how his crowd felt so revived and engrossed at the wonders of his work, one collection after the other. His staple handbags have always been greatly coveted like Louis Vuitton’s Punching Bag, Chanels’ Bum Bag, or Fendi’s Monster Peekaboo Bag. The two-toned Chanel Kitten Heels or Fendi’s Velvet Loafers don’t fall behind. And not to mention the iconic pink ruffle gown for Chanel 2017. Bold and strong, yet airy and romantic. Classic Karl.

It is difficult to forget the legacy of a man that has created classic pieces that will live on for decades, A man who dared to bring such over the top shows to life, or who has worked with some of the biggest names around the world. The fashion industry lost a titan that kept us longing for more. For me, I lost one of the reasons I felt compelled to enter this industry, a slight bit of inspiration. Karl, this is an ode to you. An ode to your work. We will remember and carry on all that your heart and mind crafted. If fashion designers are the dictators of taste, then you sir, were the master of them all.