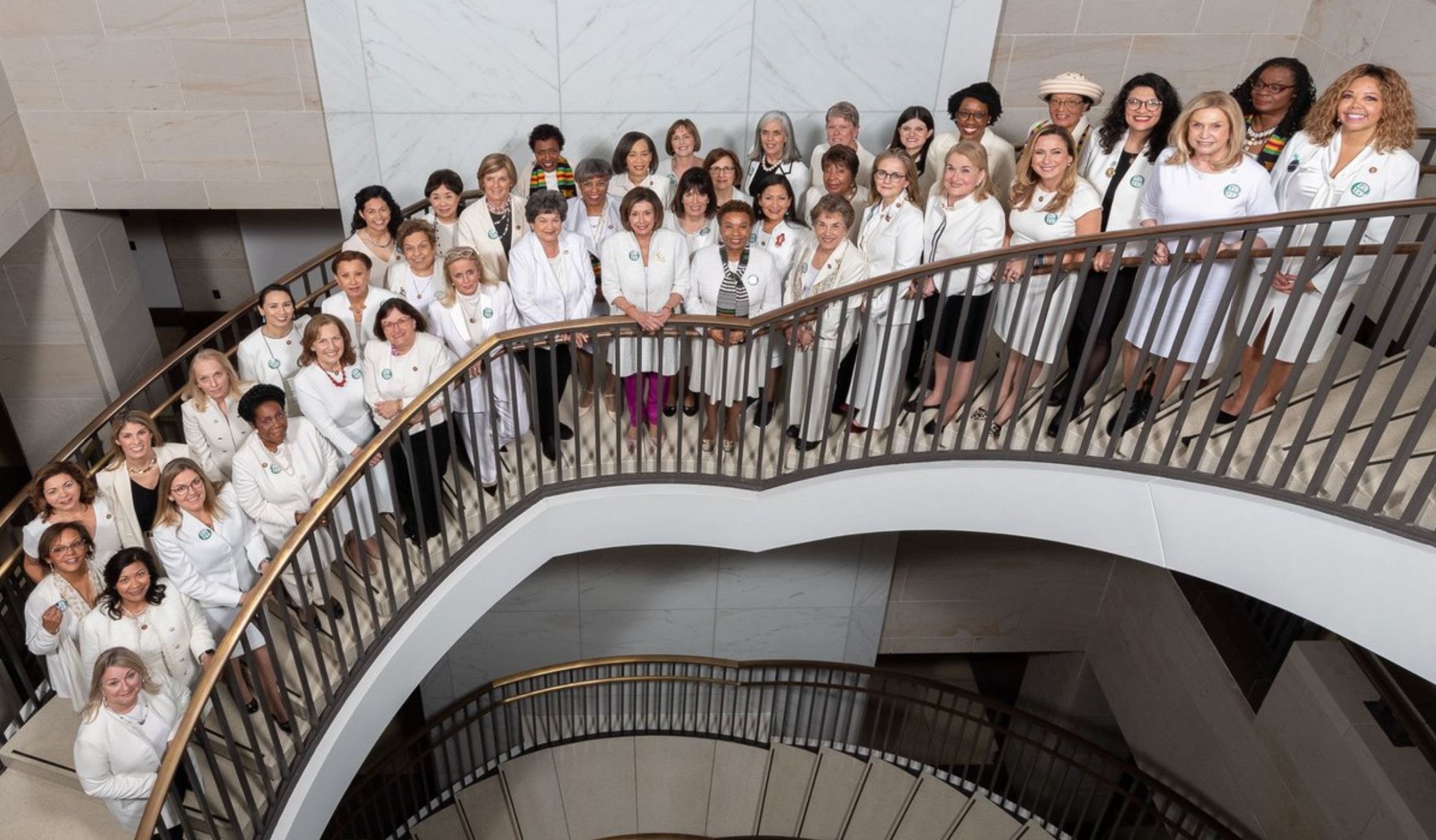 The room was roaring with chants and applauds when President Trump entered the House Chamber last night. A very pleasant Nancy Pelosi, Speaker of the House, awaited him and extended her hand to the president only to find he wouldn’t take it. In fact, he ignored her completely and instead shook Vice President Mike Pence’s hand. This is just one reason why we wear suffragette white.

“Many female Democratic lawmakers arrived at Tuesday’s State of the Union address dressed in white to commemorate the 100th anniversary of women first having the right to vote.” This tribute to the suffragettes is a symbol of solidarity to women across the country and it serves as a reminder that women will not back down on their fight for rights. They did the same each year President Trump delivered his State of the Union speech to bring attention to the many issues women are facing, including affordable health care, reproductive rights, and equal pay.

Early advocates for women’s voting rights wore white to symbolize purity and to reassure spectators that their protests were nonviolent while lobbying for the 19th Amendment, which granted white women the right to vote in 1920. It was not until 1965, however, when women of color were granted suffrage with the passing of the Voting Rights Act. The suffrage movement has since evolved into something beyond wanting the right to vote. It’s about fighting for the truth now too.

Women are in a constant battle with policies and inequalities. So when the president states lie after lie in-between bits of fake promises and heartfelt stories, making a statement in the most respectful manner is at the heart of the suffragette movement. Nancy Pelosi’s response was simple when asked why she ripped the president’s speech, “Because it was a manifesto of mistruths.” It’s so evident that even now, in 2020, we women still have to stand up for what is right. We’re not done.