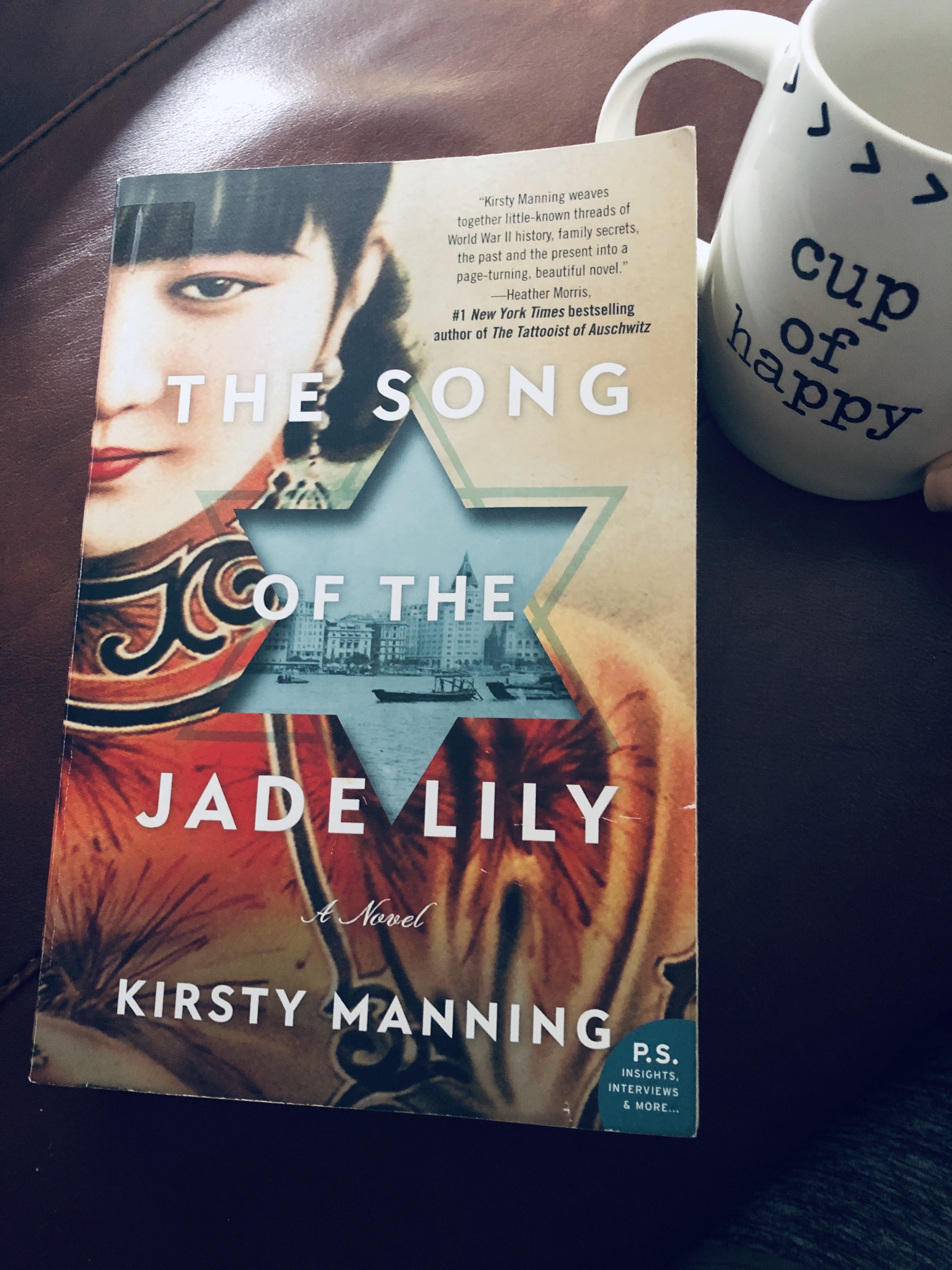 A Review By Lindsay Finnen

How many Americans know of the part China, specifically Shanghai, played in accepting Jewish refugees during World War II? I can definitively tell you, that I did not. I can also say, that I’m surprised and a bit chagrined at my ignorance.

It is happenstance that I chose this book at my local library. I had just finished rereading Amy Tan’s The Kitchen God’s Wife, so apparently my soul was still in the mood for some Chinese culture and history. There are two SHEro protagonists, Grandmother Romy and Granddaughter Alexandria. The chapters flow beautifully from one to the other’s perspective; past and present blend and differ respectively.

I was fully not prepared for the emotional roller coaster ride the narrative took my heart on. The granddaughter in the story, close to my age, a fellow adoptee, experiences devastating and life-changing losses early in the page-turner. Equally, her grandmother experiences devastating losses, however much earlier in her life. As Alex and Romy recall their respective moments, in a beautifully descriptive third-person mental monologue style, the mystery and familial lines are laid out.

Truly immersive, the streets and people of Shanghai come alive, building in my mind’s eye as I read each word. The sounds and smells of the rickshaws, street vendors, and throngs of people fill my nose and echo in my mind. As a self-proclaimed foodie, I deeply appreciated the detail when describing Mei’s master stock, or wafting airs of cai boa and other delights.

Happenstance is my serendipity, for I can say I have grown with and loved these characters. I am grateful to have fallen into Romy and Alex’s world, and I would imagine, that is exactly what Kirsty Manning intended for the reader. The bonus is that the Holocaust is brought again into our daily conversation, as an ever-constant vigil, to never forget.

Never forget that though the good guys may be empowered and driven now, the motivation and destination may alter. Shanghainese allowed Jewish refugees at a time when it seemed, and justifiably so, that the entire world had turned a blind eye. What is the rhetoric on China now? Is it warranted? Have we all forgotten our dualistic natures? A moments decision can tip the balance on the fulcrum of wrong and right, bad and good.

Never forget, that though you may sleep soundly this evening, tomorrow may find you persecuted. Refuge and salvation may appear in the most unexpected places and faces. The journey I experienced, inviting myself into the lives of Romy and Alex, reiterated the complexities of a spiritual being having a human experience. Though the people, places, and situations differed, I found solace in the familiarity of harsh decisions and altruistic actions. Vulnerable choices and embarrassing consequences.

I would like to challenge you, if you feel alone, different or hopeless; read The Song of the Jade Lily. I’ll go so far as to implore you. There are millions that have come and will go before you, paving the way for vulnerable strength and earned compassion to reign. All aboard the SHEro Train! There’s plenty of room for more.

Kirsty Manning is an author, and photographer from Australia. The Song of the Jade Lily is her sophomore book. Kirsty’s journalism and photography specializing in lifestyle and travel regularly appear in magazines, newspapers, and online.