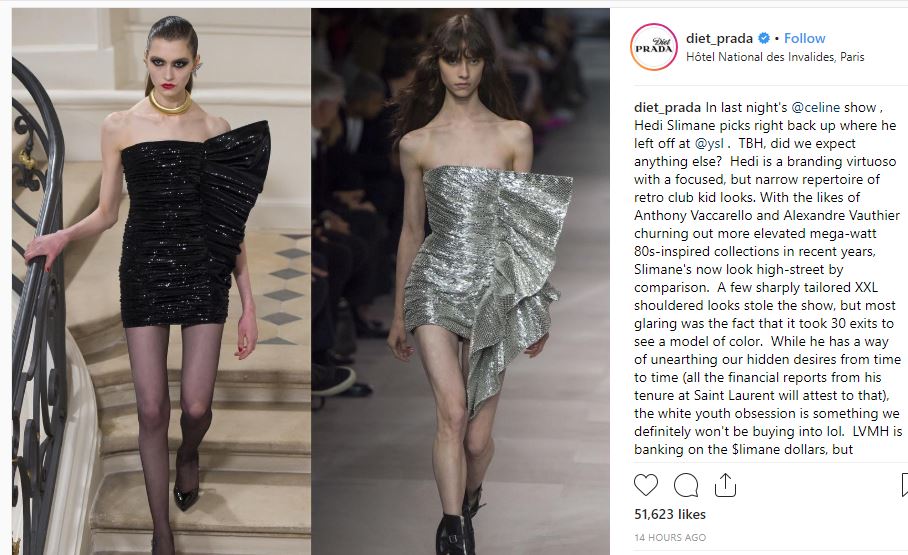 This has to be discussed! You think to yourself whatever could this be because of drama just erupting everywhere at the moment. Well, Hedi at Celine! Thought so, you’re now shook! Anticipation for over months and months of waiting finally came to an unsurprising close. I would love to gash on and on like the fan-girl obsessed person I am over Gaga and Lagerfeld at the show, but we have deeper business to catch onto! 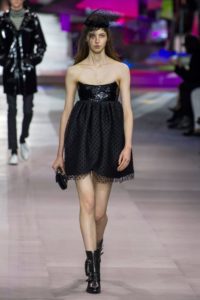 In observing the show itself, it was basically everything Philo was about and tossing it out of a 10-story building. Yeah, a lot of people have been saying it’s like Saint Laurent Part II. In a lot of ways I have to agree. Diet Prada closed the case on Instagram with side-by-side comparison of Slimane’s last show for Saint Laurent with his for Celine’s, and it is kinda sketch. (Diet Prada, you my girl.) Yet, in my head I thought, this is Slimane, of course the show is going to start a riot. 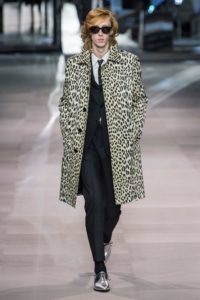 Without the riot, people are honestly bored. I have observed that making headlines for a debut is necessary or the person in charge will get axed like a D-list celebrity going on Dancing With The Stars. In making positives, the menswear could steal my entire account. The two looks of the fitted trench and the leopard coat lit-er-ally gave me reason for living. Yet, for long term, Slimane could overtake a house in his first run, but I’m uncertain if he is allowed to do another. 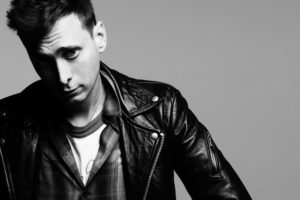 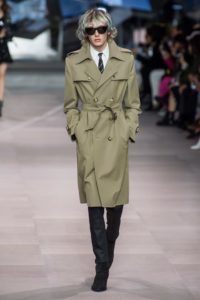